To share your memory on the wall of Thianesia Gaskins, sign in using one of the following options:

In her early 20s, Thianesia attended Tacoma Community College, where she played post on the women’s basketball team. At 5’ 8” and big bodied, she was strong, and could rebound well. She later transferred to Washington State University (WSU, WAZZU), where she graduated as a double major with a Bachelor of Arts (Sociology), and a Bachelor of Science (Materials Science and Engineering), and was a consummate civil rights activist. Her children grew up on WAZZU campus, as the few Black children in an overwhelmingly White college town. Thianesia often discovered second-hand their lived experiences on her college campus, when she was alerted by others that eg, her red-headed freckle-faced son was sitting in on her classes, or schooling men in basketball at the gyms or when her 8 and 5 year old daughters were lifting weights in the weight room (after seeing her do it), or when these same girls were playing in the stairwell of the Science and Engineering Library, where she worked part-time. When she pledged Delta Sigma Theta Sorority, Inc. (Chapter Vice President, 1982-83, Chapter President, 1983-84), the children “pledged” too, as children do. They sported “My mom is a Delta” t-shirts. There are fond memories of her kids rollerskating around a college classroom while sorors met and rehearsed.

She completed coursework and was all but thesis (ABT) for a Master’s degree (Sociology, WSU) before moving her family to Las Vegas, NV, where she also began work as a TSA agent. She often mentioned that she liked this work. One of her biggest passions, however, was helping teach and tutor young people. For example, she founded BALANCES (Beautiful, Ambitious, Ladies, Able to Negotiate their Commitment to Excellence and Self-Esteem) in Seattle, WA to help young minoritized girls. “Thirst for knowledge,” was a note left many a time on the pillows of her own children. Her children’s high school days were spent with her working on fractal geometry problems. Her eyes were set on completing a doctorate and attaining the high honor of Nobel Laureate. And yet, her artistry too was ever present. She loved, crocheted and knitted beautiful dolls. Qonnesia, a childhood doll she made for her oldest girl, is still beautiful, ready to be handed to the next generation.

Thianesia was an avid storyteller, the kind where you couldn’t tell what was true, because of elaborate embellishments. Turns out, there was truth in many of these stories. Still, it wasn’t all fun and games. There were many difficult experiences. Our relationships with her were as complicated as her relationship with herself, her body, her mind and we loved her, wherever we were. We humored each other and “clowned.” We sought to improve for the next generation. We too have stories to tell. Though not embellished, our stories might make some question their veracity too. Above all, we are sharing this small “see you later” narrative of her, because it is a story that needs to be told. Her story needs to be heard. Thank you for being in our lives Mom.

Thianesia leaves behind her three adult children, Ronald Gaskins, Jr. (Teresa), Ronnesia Gaskins, and Frieda Fairman (Jamal), seven grandchildren, including Guanni K’laun Greene and Imanni-Amor Greene, her mother and sister, and many extended family members, including her cousin Barbara Weems, as well as a rich legacy.

In lieu of flowers please consider donating to the memorial educational scholarship fund that is being set up in her name and honor. Details for the scholarship fund will published at a later date.
Read Less

To send flowers to the family or plant a tree in memory of Thianesia Behne Gaskins, please visit our Heartfelt Sympathies Store.

Receive notifications about information and event scheduling for Thianesia

We encourage you to share your most beloved memories of Thianesia here, so that the family and other loved ones can always see it. You can upload cherished photographs, or share your favorite stories, and can even comment on those shared by others.

Posted Jun 07, 2021 at 12:34am
In honor of my Aunt Thainesia,
While I only have a few memories of her, I do have one recollection that I have never shared with anyone before. Growing up in Oakland, I remember how my aunt and my mom would call each other, Aunt Nesia from Seattle, WA and my mother from California. For some reason as a kid, I always imagined Aunt Nesia lived in a highrise apartment like The Jeffersons on TV, lounging on the terrace of her piece of pie in the sky whenever she rang my mother. This vision was based on absolutely nothing. I clearly had no idea what Seattle was truly like. Eventually, though, I did get the opportunity to personally experience Seattle for myself when I went to college in Washington State. Upon arrival, I stayed with Aunt Nesia for about a week while I settled into Freshman orientation. The vivid fact that I did learn about Aunt Nesia, however, was that she was fiercely and unequivocally intelligent. I even had the honor of having her in the audience for one of my plays in college and I always valued her support. She even had a nickname for me: Thove and she was the only one who was allowed to call me that.
It all seems like a lifetime ago. But now that she's in heaven, I still imagine her lounging in her very own deluxe apartment in the sky. Rest in Paradise, Aunt Nesia.
Beethovan Oden ( nephew of Thainesia Gaskins)

Posted Jun 03, 2021 at 05:43pm
Mrs. Gaskins,
Thank you for the time and energy you poured into my spirit while in Las Vegas. You taught me so much about the importance of caring for myself, acquiring knowledge and having self confidence. Thank you for all the laughs and for your support during Basketball, Volleyball and Softball season
Comment Share
Share via:
RG

Good to see you and hear from you. We appreciate you posting your kind thoughts. ❤️ 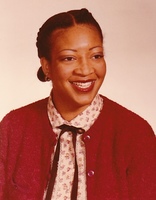 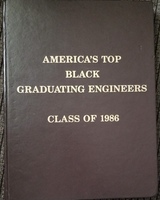