To share your memory on the wall of Shirley Clark, sign in using one of the following options:

To send flowers to the family or plant a tree in memory of Shirley Mae Clark, please visit our Heartfelt Sympathies Store.

Receive notifications about information and event scheduling for Shirley

We encourage you to share your most beloved memories of Shirley here, so that the family and other loved ones can always see it. You can upload cherished photographs, or share your favorite stories, and can even comment on those shared by others.

Marian & George Waters, Enjoli and Monte, and other have sent flowers to the family of Shirley Mae Clark.
Show you care by sending flowers

Posted Mar 02, 2021 at 04:11pm
In loving memory of my beautiful Aunt who loved God and will surely be missed. Family you are in my thoughts and prayers. GOD WILL SEE YOU THROUGH!

Posted Mar 02, 2021 at 12:20am
Wishing you peace and comfort during this difficult time. You and your family are in our thoughts and prayers.

Enjoli and Monte purchased flowers for the family of Shirley Clark. Send Flowers

Posted Mar 01, 2021 at 10:05am
Wishing you peace to bring comfort, courage to face the days ahead and loving memories to forever hold in your hearts.

Cynthia Brisco (Niece) and Family purchased flowers and planted a memorial tree for the family of Shirley Clark. Send Flowers

Posted Feb 27, 2021 at 04:54pm
Thank you for all that you done. Your service was not in vein. May God continue to bless your family. ONE LOVE CLARK FAMILY.

Russell Hickerson purchased the Sentiments of Serenity Spray for the family of Shirley Clark. Send Flowers 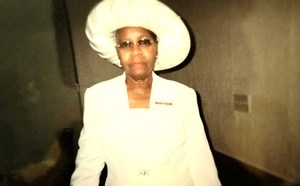 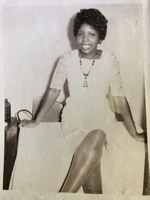 Shirley and her husband Alfred Clark
10
4
+6
Add Photos
Upload up to 10 images at a time, max 8MB each