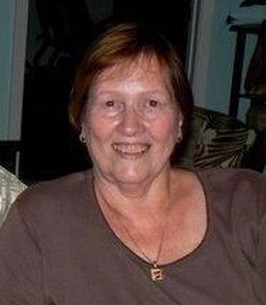 Share this tribute
Memorial Candles Lit for Sharon | SEE ALL
Light a Candle
"We are honored to provide this Book of Memories to the family."
— Park View Funeral Home
"May this light guide you forever"
— The Rick's
Funeral Details Memory Wall Photos & Videos Send Flowers

Print
On Saturday January 23rd 2021 Sharon Rae White 80, of Tracy died peacefully at home with her devoted husband of 61 years by her side.
Sharon was born at home on March 30th 1940 in Portland Iowa to Ray and Alice Gruben
In 1954 her family bought a farm near Rock Falls Iowa, Sharon graduated from Rock Falls high school in 1958. In October of the same year she met her husband
James White from Mitchell Iowa.
Jim and Sharon were married on August 30th 1959
at the Lutheran Church in Mason City.
In 1966 they moved from Garner Iowa to Tracy California after James was hired as a chemistry teacher
at Tracy High School.
In the late seventies Sharon took classes to become a nurses aid and worked for over 15 years in the
OB department at Tracy Hospital.
She loved help caring for the newborn babies.
Sharon and her family traveled extensively through the western half of the United States, trailer traveling and spending many summers visiting family in Iowa.

In 1984 Jim and Sharon went to Hawaii for their 25th anniversary. It was the beginning of their love of visiting the beautiful Aloha state.
In 2001 after James retired from teaching they moved to their dream home in paradise near
Hilo on the Big Island of Hawaii.
In 2018 after Sharons health declined they moved back to Tracy to be closer to family.
Sharon is survived by her husband James and daughter Brenda (Richard) Ortiz of Tracy and
son Bill (Belinda) White of El Cerrito. Granddaughters Reina (Jordon) Machado and
Benicia (Eddie) Alvarez both of Tracy and Grandson Joaquin (Stephanie) Ortiz of Stockton. Great grandsons Elijah, Emmanuel, Ricky and Salvador and a great granddaughter Maxine.
She is preceded in death by her parents Ray and Alice Gruben and sister Shirley Muth.

We encourage you to share any memorable photos or stories about Sharon. All tributes placed on and purchased through this memorial website will remain on in perpetuity for future generations.

Add Photos Post Condolence
RG
Sharon was such a great neighbor. When I stopped by for a chat, or attended one of Sharon & Jim's wonderful gatherings on the lanai, I knew I'd always be greeted with her smile and a warm welcome. Those were good times with good friends, the blue Pacific as backdrop, surrounded by Sharon's flowers, her bright, colorful fish swimming in the pool near the front steps.

It's fortunate you had the company and contentment of family in California the last few years. But since you left your old neighborhood in Hawaii, it hasn't been the same. Please accept my condolences on your loss.

May this light guide you forever
The Rick's - Friday January 29, 2021 via Memorial Candle
Share This:
DR
My very sincere condolences to you Jim and all of your wonderful family I have met over the years. The wonderful memories which were made during the countless Happy Hours, the weddings, and other visits will last a lifetime. May the memories help each of you over these hard times, and find solace to know Sharon is watching us from above, I imagine her wonderful smile she always wore whenever we met, visited, or just waved while passing your lovely home with the round windows. Everyone knew whose house that was. Some day I will return to HPP and pass by ocean side and remember all those good times, Thank you both for this. Sending you love, strength and the will to carry on. A hui hou, Daghild
Daghild Rick - Friday January 29, 2021 via Condolence Message 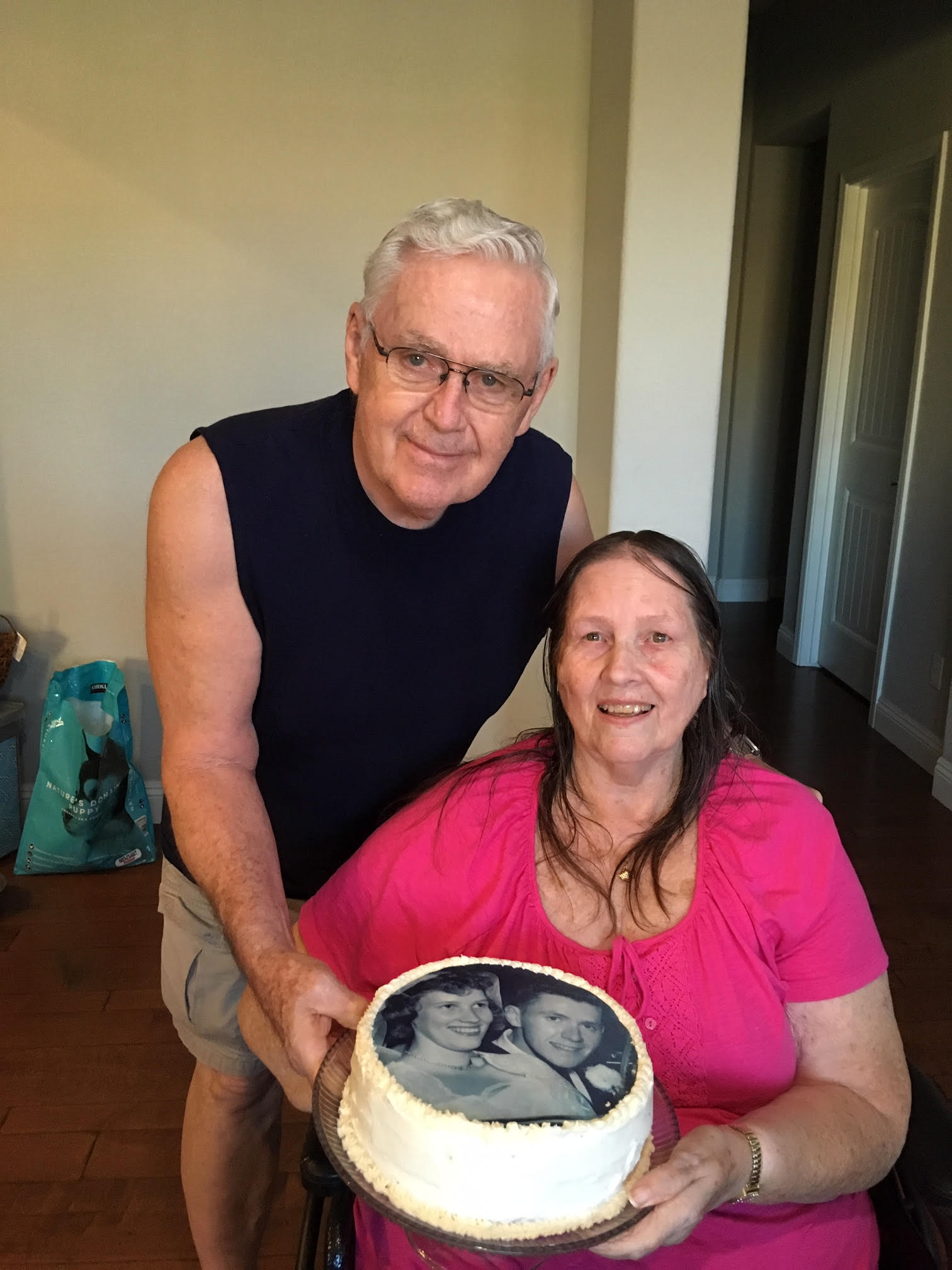 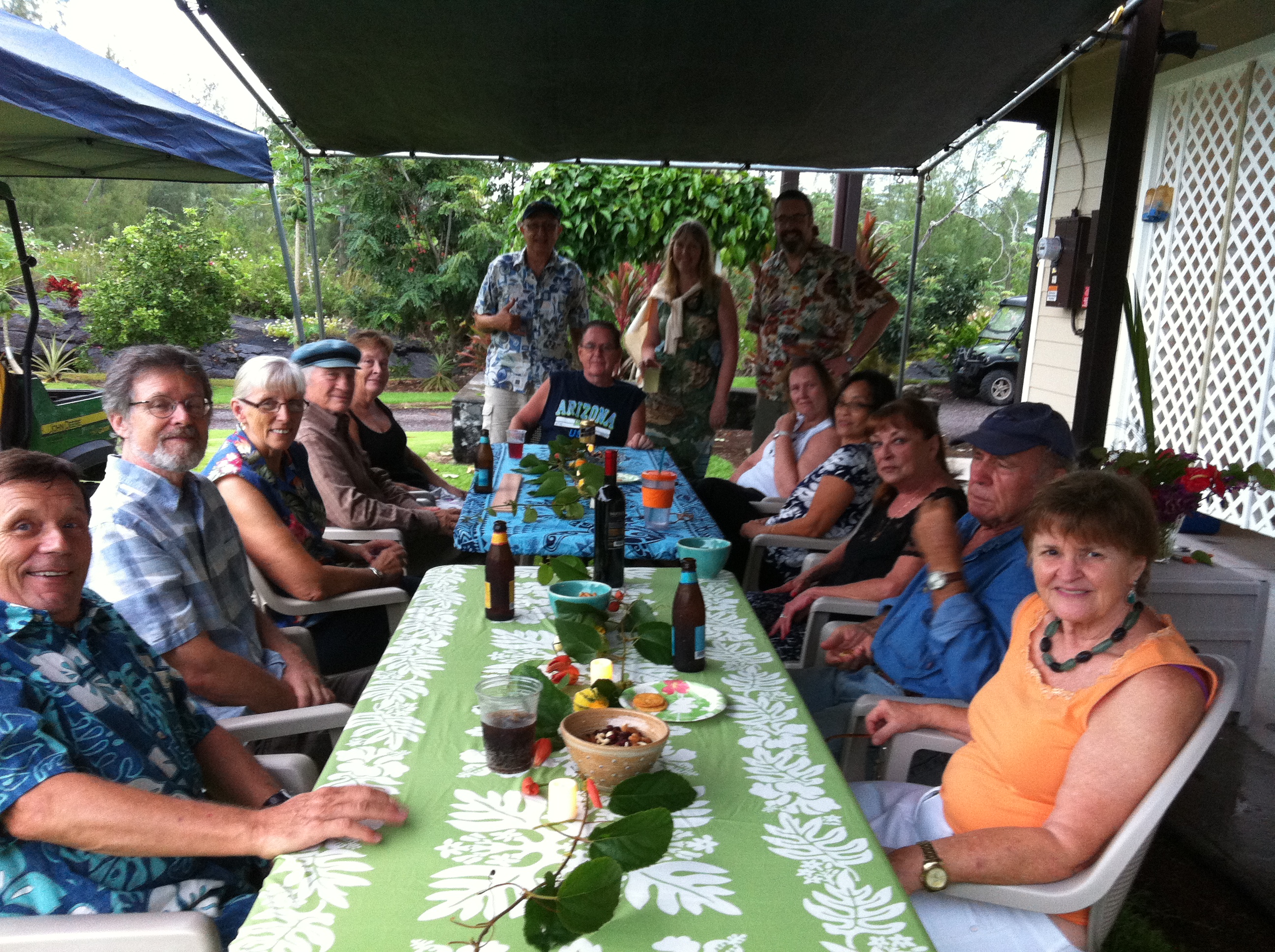 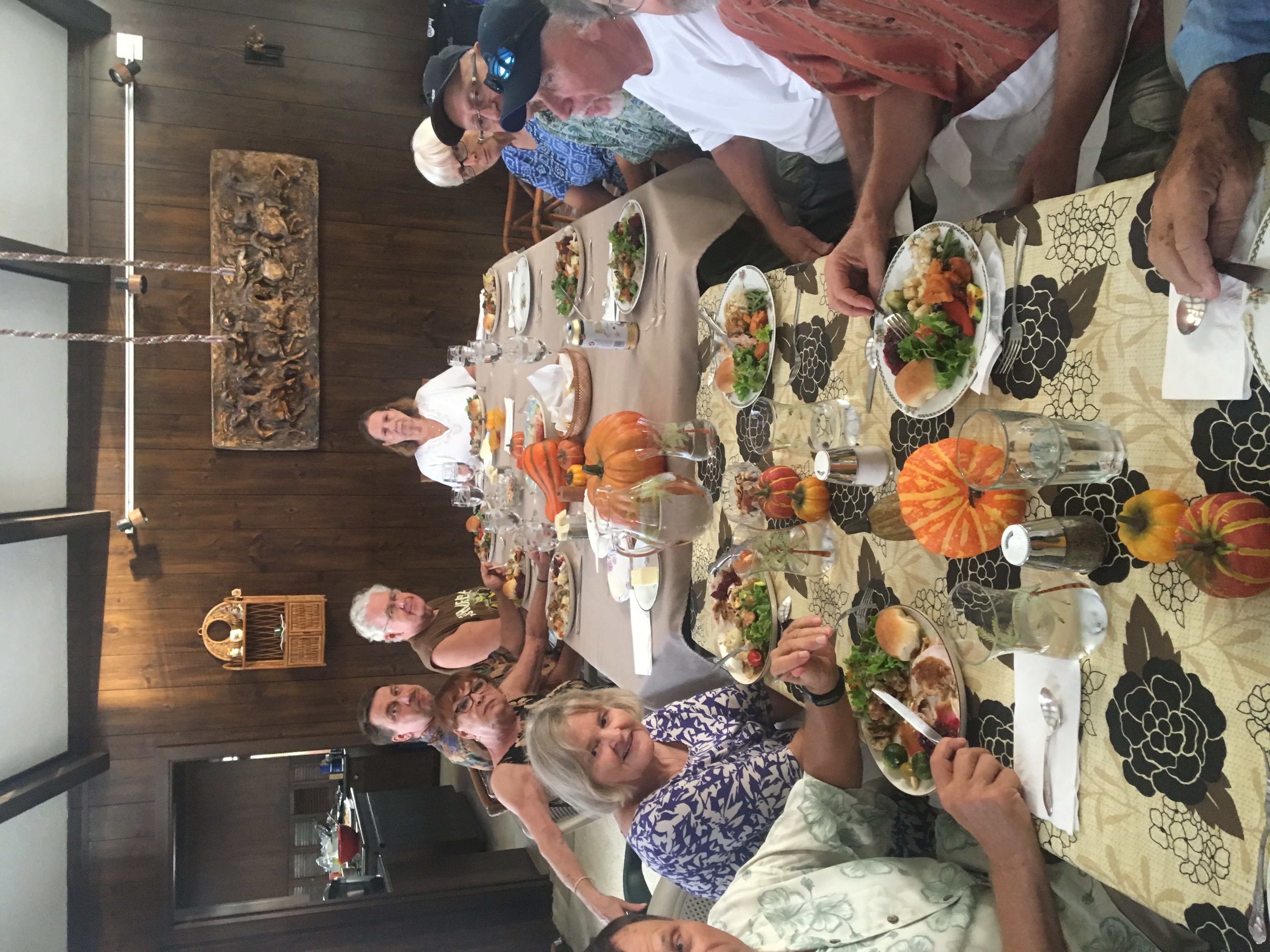 Share This:
BK
I am so sorry for your loss. I also have great memories of trips to CA and your trips to IA. I will always will remember Aunt Sharon as a joyful person with an infectious laugh! It wasn't a secret about how much she loved caring and holding those newborns. She was a loving, kind person and will be missed by many. Praying for God's comfort and peace as you grieve a great loss.
Much love,
Becky, Russ and family
Becky Kidd - Friday January 29, 2021 via Condolence Message
Share This:

We hope this brings a little brightness to the celebration of Sharon's life. We are thinking of you. Aloha.
Gail and Gerry Madie - Friday January 29, 2021 via Heartfelt Sympathies
Flowers were purchased and a memorial tree was planted
Share This:
CS
Aunt Toot was a very special lady and will be missed by many. We have so many memories your visits to Iowa in the summers our visits to Tracy and our special trips to Hawaii. Her special moment was having all of us there for Benecia and Eddies wedding in Hawaii. She was always so happy until these last few years but know she took comfort in being with her family in Tracy and especially the little ones. And had a great caregiver. I know losing her sister so suddenly was hard on her. We will hold our memories close to our hearts and remember her sweetly every day we think of her. Sending hugs, love, sympathy to the family. Thanks for the love Aunt Toot. I will cherish it always. Love, Cindy, Terry, Jamie and Mike and family. and Josh
Cindy Stanley - Friday January 29, 2021 via Condolence Message
Share This:

Rest In Peace Sharon! Aloha!
Larry Ruark - Friday January 29, 2021 via Heartfelt Sympathies
Flowers were purchased and a memorial tree was planted
Share This:
BA
Sharon will live on in our memories, which will comfort us when we think about her. I've always admired her caring, selfless nature and the hospitality she extended to us. She was a true friend and someone who was always a pleasure to be around.
Sharon will be missed by everyone who had the privilege to know her. I fell honored to have spent time with her, looking through a magazine or eating ice cream at her dining room table. (Of course it had to include chocolate)
I only wish I could have been her neighbor in Hawaii.
Your family is our thoughts and prayers.
Love Bill and Annette (net)
Bill Morrison and Annette - Thursday January 28, 2021 via Condolence Message
Share This:
R
One of the many memories from having Sharon as a neighbor in Hawaii was that rain or shine, she always had a smile. We shared many Happy Hour pu-pus with her at the White ohana where the Aloha spirit lived and was practiced daily.
Rick and Minerva Shea 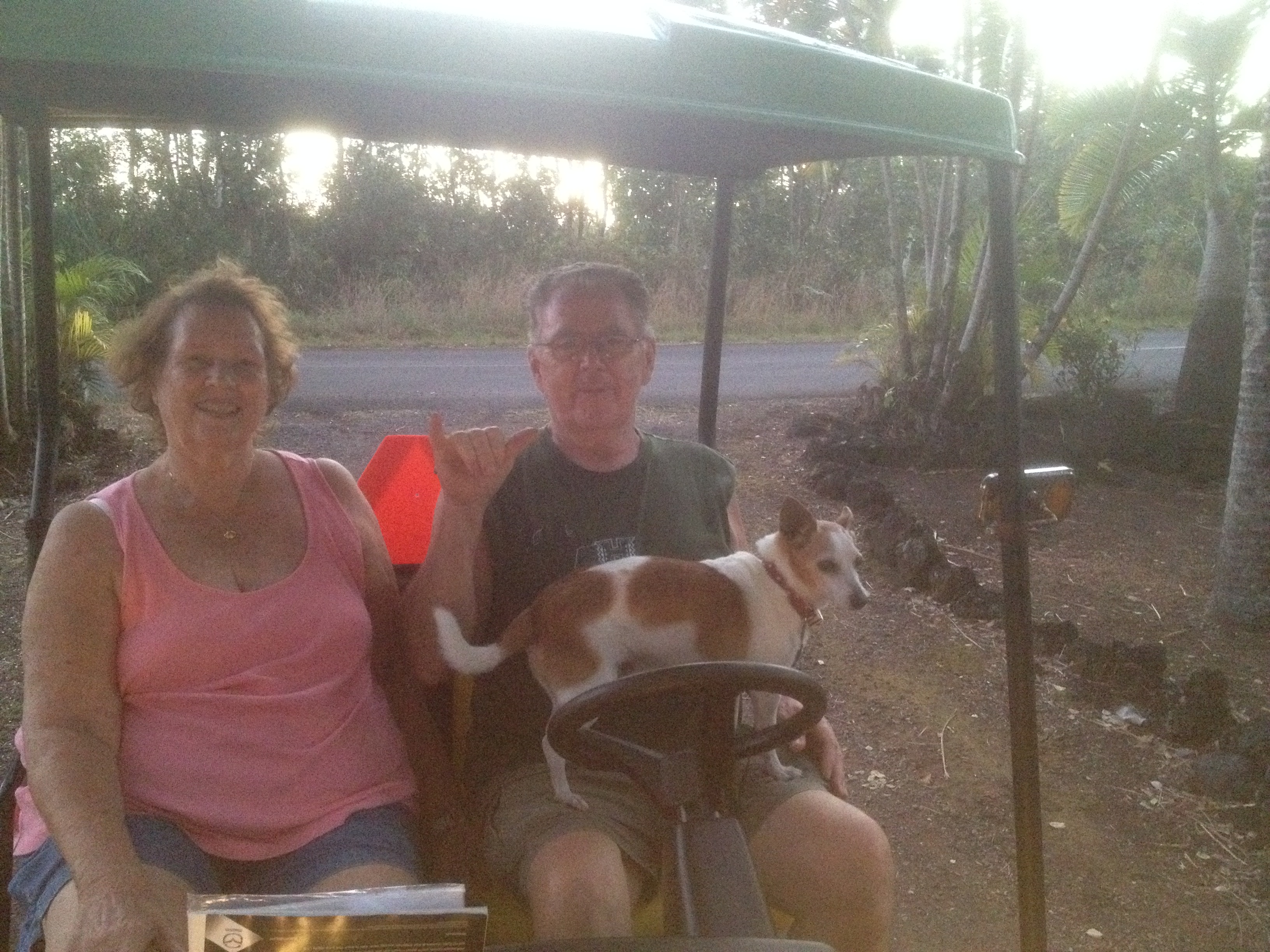 Share This:
KF
I have memories of Aunt Sharon’s beautiful smile and her sweet laughter. It is a special memory of the time spent at your home the time our family made it to California. It was always wonderful too, when your family made the trek back to Iowa. Aunt Sharon must have been such a tender blessing for all those babies she helped through the years. You are all in our thoughts and prayers.
Karen and Paul Birkedal and family - Thursday January 28, 2021 via Condolence Message
Share This:
1 2 next page >>
Page 1 of 2
Share
×