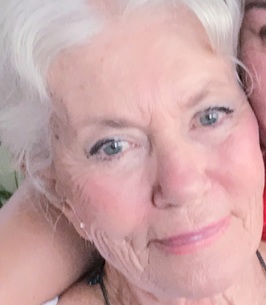 Print
Rosalyn Mae Graham, peacefully passed away on January 1st in the arms of her eldest son, granddaughter, and sister after a valiant 53 year battle with cancer.

Rosalyn (Roz) was a native Stocktonian born to Etta Aurelia Dennison and Vernon Leroy Harvey. After Rosalyn graduated from Edison High School in 1946, she attended College of the Pacific (UOP) where she met her first husband Thomas Cerceo, and gave birth to her son, Dr. Chris Allen Cerceo, a graduate of UOP’s Arthur A. Dugoni School of Dentistry.

In 1960, after leaving her job as a service representative, she met and married Ottie Theodore (Ted) , her husband of 53 years, and gave birth to her son Brett Michael Graham three years later. Together with their sons Randy, Chris, and Brett, Rosalyn and Ted blended their families and built a loving home for their children until Ted’s passing in 2013.

While raising her children, Rosalyn found time to pursue her passions: she taught modeling for the Miss Stockton Pageant for over 25 years; became a formidable A Ladder tennis player at Oak Park and Westlane Tennis Clubs where she eventually became president; and mentored two special girls in the Big Brother and Big Sister program, where she found great satisfaction in helping them achieve their personal goals.

A lifelong learner, Rosalyn continued to take a variety of art history courses both at Delta College and SF Asian Art Museum throughout her life. As a result of prioritizing education and achievement in her own life, Rosalyn’s example profoundly influenced her children’s and grandchildren’s careers in dentistry, education, law, and medicine.

In 1988, Rosalyn embarked on a 31 year volunteer position as lead art docent at the Haggin Museum where she shared her love of the fine arts with visitors to the museum and countless classrooms of school children in the “Museum2Schools” program. Often found sipping orange spiced tea or iced mocha at House of Shaw (her home-away-from-home), Rosalyn passionately recruited passersby to the museum. For her expansive volunteer efforts in the local arts community, Rosalyn was awarded the Stockton Arts Award in 2013.

In 2005, Rosalyn entered SUSD’s August School as a volunteer in her granddaughter’s first grade classroom, where she lovingly reviewed sight words, read stories, and brought countless cupcakes, cookies, and fruit to the children who affectionately referred to her as “Granny,” and excitedly anticipated her weekly visits. With the onset of COVID last spring and her own failing health, Rosalyn volunteered to organize curriculum from her diningroom table, demonstrating her relentless commitment to education.

The Stockton Arts and Education community lost a devoted friend and advocate in Rosalyn, and her family lost a loving, loyal, and spirited member. Her legacy lives on in the hearts of the innumerable school children she mentored, mutual local art and animal lovers, and family members who will forever miss her stories and selfless love.

Services will be held at Parkview Cemetery for immediate family. A “Celebration of Life” for friends and family will be announced after the COVID restrictions are fully lifted. In lieu of flowers, her family requests those who wish to express sympathy consider making a donation to the Haggin Museum (209)940-6300 in Rosalyn’s name. The funds will be earmarked for teaching Stockton’s grammar school children through the Museum2Schools program.

To send flowers to the family of Rosalyn Mae Graham, please visit our Heartfelt Sympathies Store.

We encourage you to share any memorable photos or stories about Rosalyn. All tributes placed on and purchased through this memorial website will remain on in perpetuity for future generations.

Provide comfort for the family of Rosalyn Mae Graham by sending flowers.
Send Flowers
next page >>
Page 1 of 0
Share
×