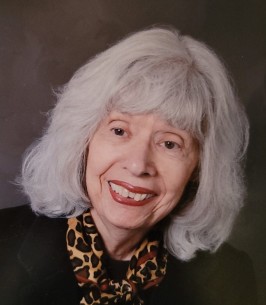 Share this tribute
Memorial Candles Lit for Rethel | SEE ALL
Light a Candle
"We are honored to provide this Book of Memories to the family."
— Park View Funeral Home
"Rethel was a sweet quit little lady with a lot of surprises . l am blessed to have known her and was part of our family"
— Fay. Shanholtzer
Funeral Details Memory Wall Photos & Videos Send Flowers

On Thursday, March 4, 2021, Rethel Alexander, special mother, grandmother and great grandmother, passed away at the age of 94.


Rethel was born on September 7, 1926 in Booneville, AR to David and Early Norton. She married Dell Alexander on June 18, 1948 in Artesia, NM. They had seven children.


She received an AA Degree from Delta College in 1981 majoring in Business also earning a Certificate in General Office in June of 1981. She worked as a secretary/office person in several businesses in Stockton, California and Bakersfield, California.


Rethel's hobbies were shopping, sewing, crocheting, reading, drawing, painting, taking pictures and spending time with her children. She played piano, guitar and mandolin. She also taught her girls to play piano and instilled in them a love of music. Singing in church was a big part of her life for many years.


She was preceded in death by her parents: James and Early, one son Jackie, two daughters: Sharon and Judith, her husband Dell, three sisters: Irene, Delia, and Bytha, and one brother Paul. She is survived by her son Terry, three daughters: Sandra, Donna and Nancy, twelve grandchildren and eight great grandchildren.


Interment will be at the Park View Cemetery in French Camp, CA where she will be buried next to her husband.

To send flowers to the family of Rethel Mayrene Alexander, please visit our Heartfelt Sympathies Store.

We encourage you to share any memorable photos or stories about Rethel. All tributes placed on and purchased through this memorial website will remain on in perpetuity for future generations.

Add Photos Post Condolence
S
Prayers & thoughts go out to the family for the loss of your matriarch that left such a beautiful legacy. We always enjoyed when she would come to visit New Life Christian Center in Madison. Looking at her was like looking at a gracefully older Judi Wiley, our 1st Lady & her daughter. Praise God they are reunited with our Heavenly Father! God bless, The Coutee Family
Sarah - Saturday March 13, 2021 via Condolence Message
Share This:
ML
My prayers and thoughts are lifted up and to the healing process and my symphony also goes out to Donna and Rick Shanholtzer and all of Donna's family and friends.
Michael Lowe - Saturday March 13, 2021 via Condolence Message
Share This:

Rethel was a sweet quit little lady with a lot of surprises . l am blessed to have known her and was part of our family
Fay. Shanholtzer - Wednesday March 10, 2021 via Memorial Candle
Share This:
1
Page 1 of 1
Share
×