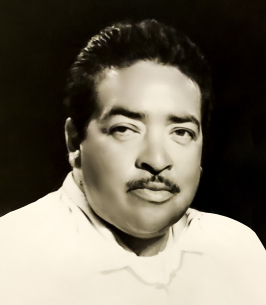 Share this tribute
Memorial Candles Lit for Jose | SEE ALL
Light a Candle
"We are honored to provide this Book of Memories to the family."
— Park View Funeral Home
"Rest In Peace uncle Pueties ❤️ "
— Andrew Martin
"To our dear friend Jose (pudis), words cannot express the sorrow we feel; as you were taken away so soon. Eventhough you are with your beloved..."
— Salvador Torres and family
"Rest in Peace Primo Jose with Love "
— Antonia Rodriquez-Beaver
"Rest In Peace❤️🙏🏻Love you.."
— Jesenia Esqueda
Funeral Details Memory Wall Photos & Videos Send Flowers

Jose Aurelio Salcedo Sr. was born May 3rd, 1966 in French Camp, California to Susie and Aurelio
Salcedo. He grew up in a blended family of 13 siblings and was the first child to the marriage of
Susie and Aurelio together. In the vocal words of his 10 older siblings who assisted in raising their
little brother, he was a spoiled rotten little brat, but we loved him!!

One summer in 1981, while Jose was visiting his sisters in Northern California, he met the love of his
life at the early age of 15 years old in Brentwood, CA. Cupid’s arrow struck, the son of a musician had
fallen in love with the daughter of a local farmer, a well-respected strict foreman (Don Francisco).
Jose being a city boy with a talented voice and the swift Southern California fashion apparel quickly
impressed the local Valley girl Carmen Solorzano, serenading her with his charming voice, they both
eloped in blissful love! They married and together they had 5 children together.

He was loved by many!! Best known for his exquisite love of being a Mariachi teacher in the city of
Tracy and The San Joaquin Valley surrounding areas, he mostly taught grades K-College with Erica,
Sarah, Daniel, and David Rosas and on occasion, our father had the delight of his mentor and
Mariachi Professor showing up to check on his prodigy and proudly assist him to train, teach and
shape bright young minds. This mentor was his own Father, our grandfather Tathita who played a
significant role in our upbringings!

Jose worked for the City of Tracy, CA. for the Parks and Recreation Department, he was well known
within the Community. Jose and his Mariachi band made up of his children and students performed
every year at various events such as the Tracy Bean Festival, the Portuguese Hall, various locations
throughout the Central Valley ranging from Sylmar, CA. to California’s State Capital and the State Fair
at Cal-Expo. Our father was like “Siri”, he could hear a tune or a song and pick up fast! He inherited
his gifted talents from our beloved grandfather Aurelio Zuniga Salcedo. “Tathita”.

Our Father was a very jolly man, our mother was the love of his life and he will continue to be the
love of her life!! She was his “Viejia” and he was her “Pampuchi”! His siblings called him “Piutis”. We
called him Daddy!! He was a friend to many, a very giving and generous man of his time and efforts!
Most of all a Devoted husband to his Wife, Children, grandchildren, and his prized possession, his
emotional support dog, his fur baby Shih Tzu “Osito” who meant the world to him. A very strongwilled man indeed! Her husband, our father!! Their Grandpa!!

The year was 2014 and it marked a turn of events for Jose that he never had a chance to bounce
back from. He started Dialysis treatments. Through the suffering from aches and pains in his bones
and body, he refused to stop driving, our parents had a bond like no other!! They did everything
together!! She was his caretaker, a good wife, and a super mom!! He woke up every morning and
drove his grandchildren to school most days, he then proceeded to his dialysis treatments, after
dialysis he would pick up his Vieja and they would go pick up the grandchildren from school and
take them to buy snacks from the Elote man, McDonald's or Starbucks. It’s true what they say, we
learn so much from our parents, our grandfather spoiled us all rotten as children, he repeated the
trend with his own grandchildren. He was stubborn for sure, we would request that he get rest but
already knew that when daddy was on a mission and had his mindset, well there was no changing
his mind, we learned to respect his wishes and not question his authority.

Entered eternal life on January 2nd, 2021. He is survived by his wife Carmen, his children Jose Jr.,
Sophia, Erica, Sarah, Daniel Salcedo & Osito. His 15 grandchildren. His mother Susie Salcedo and his
siblings and all his extended family friends!!

We encourage you to share any memorable photos or stories about Jose. All tributes placed on and purchased through this memorial website will remain on in perpetuity for future generations.

Until we walk in fields of gold together. Love Kitty!
Kitty - Sunday January 17, 2021 via Heartfelt Sympathies
Share This:

Our thoughts and prayers are with you. From the Gonzales Family.
Christina Gonzales - Friday January 15, 2021 via Heartfelt Sympathies
Share This:

To our dear friend Jose (pudis), words cannot express the sorrow we feel; as you were taken away so soon. Eventhough you are with your beloved dad Aurelio we feel an emptiness at the loss of both of you. Our consolation is that you are both together embracing each other once again and making beautiful Mariachi music in heaven. Rest in peace my friend.
Salvador Torres and family - Thursday January 14, 2021 via Memorial Candle
Share This:

In loving memory of our friend/brother Jose (pudis) rest in heavenly peace . Our condolences to the Salcedo family. You are always in our hearts.
Salvador, Chila and Chavita Torres and family - Thursday January 14, 2021 via Heartfelt Sympathies
Flowers were purchased and a memorial tree was planted
Share This:

You will always be remembered.
Miguel Rosas and Family - Wednesday January 13, 2021 via Heartfelt Sympathies
Share This:

Wishing you peace to bring comfort, courage to face the days ahead and loving memories to forever hold in your hearts, sent with love & remembrance.
Antonia Rodriquez-Beaver - Monday January 11, 2021 via Heartfelt Sympathies
Share This:

To our beloved uncle. Mathew 5:4 Blessed are those who mourn, for they will be comforted.
Cassandra, Mercedes and Jaylynn. - Monday January 11, 2021 via Heartfelt Sympathies
Share This:
C
We will never ever forget You, Primo! Memories of us listening to KISS and talking about music when we were kids in Our Nana n Tatas Living room when you lived with them. Swimming in our little pool and calling you The Shark and not knowing that anything mattered just our fun in the hot sun. Then later you still a big part of our lives, helping us in our wedding parties playing DJ, you knew your music. Never going to forget that 115 degree day when you played & sang with Gumby n the guys for Our Tata on his 83rd bdy until 2am and still hot! Always hanging out with you and your beautiful family, so many Memories Primo, the loss of you puts a dent in Our Hearts. Todd and I will Never Ever forget the impact of you in Our Lives. Never going to forget, The 🦈Shark! ❤🕊🙏😭💔🎶🎸🎙🤠 Keep singing for The Lord, with Our Tata, your Dad & Our Familia in Heaven! 🌈
Chachazu11@gmail.com - Sunday January 10, 2021 via Condolence Message
Share This:
1 2 next page >>
Page 1 of 2
Share
×

Love you grandpa.your puggi
Share on Facebook
Send flowers to the family
Choose from beautiful standing, table and basket arrangements. Safe and secure online ordering.
View Flower Arrangements
What has already been purchased for the family?
Family Log-In