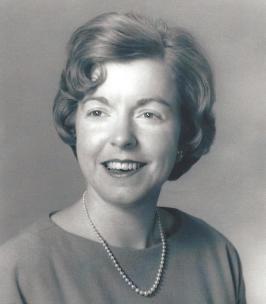 Print
Alice Jean Boyer Matuszak (Jean or Jeanie) passed away early in the morning of Sunday, January 10, 2021 at the age of 85 in Stockton, CA. She is survived by her husband Charles, after 65 years of marriage, her two sons: Matthew, of Sacramento, CA; James, of Oakland CA, her older sister Mary Faridad and niece Diane Faridad of Columbus Ohio, and nephew Dr. Derek Faridad of South Beach Florida.

She was born June 22, 1935 on a small farm in central Ohio on route 79 North of Newark, Ohio at an area called Wilkins Corner. Her mother (Elizabeth Boyer) had been an elementary school teacher before marrying Alice Jean’s father (J. E. Boyer). Strange as it seems today, the local custom at that time was that married women could not be teachers. Jean’s father worked on the railroad and was a part time farmer. For many years, his railroad job required him to be in the Pittsburgh, PA area, so he was only able to be home on weekends.

The farm house where Jean was born had neither electricity nor indoor plumbing which was true for most of their neighbors in 1935. They put newspapers down on the bed to absorb liquids and had a country doctor in attendance. Electricity came a few years later and when Jean was in high school the house was remodeled including indoor plumbing. She attended a 3-room school for grades 1-8. She got her class work done easily and then she listened in to the other classes which she thought was a great educational experience. The teachers also put her to work helping the other students even those in a higher grade. Softball was the favorite recess game and she loved it. And they all enjoyed listening to Cleveland Indians baseball on the radio.

Fortunately her 7th & 8th grade teacher was very strong in science in which Jean developed a strong and early interest. She was very well prepared for the 9th grade in the town of Newark which shocked the townies who seemed to think anyone from the country had to be dumb. She had to find alternate ways to get to Newark for school on days when the school bus was cancelled due to snow but school still met.

She always said she had a wonderful and stimulating childhood. The farm with its animals, the one-hundred year old barn, the farming activities, the neighbors helping one another at harvest time, the 4-H activities and projects, her grandmother’s smoke house, the large vegetable garden, the grange meetings, going to the State Fair all interested her and helped educate her. Through 4-H she learned to sew and she made a lot of own clothes starting in high school and then years later clothes for her two sons and her husband. Anything she made never wore out. She especially developed her life-long love of flowers during this time.

When they had the Jersey cows, she was very young and didn’t have the strength in her fingers to milk them. So while her sister and mother milked the cows, she stood on a box to start cooking supper and also to wash dishes.

She was often called on to recite poems at gatherings on 4th of July, Veteran’s Day, Flag Day etc. Sometimes she would sing while her sister played the piano. This experience of being in front of an audience was useful years later when she was a college professor.

In high school she developed an increasing interest and aptitude in science especially in chemistry and biology which she could see had applications to her farm experiences. She met a female pharmacist who helped her get a part-time job at a local pharmacy; while working there she learned more about the science-based nature of pharmacy. Its relationship to chemistry had a strong appeal for her.


She graduated from Newark High School at the top of her class in 1953 and then began the pharmacy program at The Ohio State University. In her first semester there she met her future husband Charles Matuszak who was a graduate student in chemistry. They were married in Newark, Ohio in 1955.

After being around Charles’ fellow graduate chemistry students doing research, she developed an interest in doing graduate work and research. After she earned a B.S. in pharmacy (the only woman in her class and she received the Lehn & Fink Gold Metal Plaque for outstanding scholarship and activities in 1958), she earned an M.S. in pharmaceutical chemistry also from The Ohio State University. She enrolled at the University of Wisconsin’s Pharmacy Ph.D. program and joined Ed Smissman’s group (she was the only woman). After one year Smissman moved to University of Kansas (KU) taking 14 graduate students and his grants with him. She received her Ph.D. from K.U. in 1963.

Her husband, Charles accepted a faculty position in the chemistry department at the College of Pacific which is part of the University of Pacific (UOP) starting the fall of 1963. The day after they arrived in Stockton, they were in a fender bender car accident and Jean broke her foot. While still wearing a foot cast, Jean went to an interview with the UOP Pharmacy School Dean Ivan W. Rowland and was hired on the spot to begin teaching in the upcoming semester. During her first year she was the founding advisor for establishing a chapter of the Rho Chi Honor Society at Pacific. The couple served on the Pacific faculty from 1963 to 2000 when they retired and received the Order of Pacific.

Phillip R. Oppenheimer, Pharmacy dean emeritus said “She taught decades of pharmacy students in creative and thought-provoking ways and in doing so instilled in them the importance of basic science and in particular chemistry as the foundation of pharmaceutical therapies. She also was a faculty advisor to Lambda Kappa Sigma (women) fraternity (25 years) and is credited with encouraging and mentoring many women in pharmacy and pharmaceutical sciences. In the national area she broadened her advocacy for women in pharmacy as the inaugural chair of the American Pharmacists Association Committee of Women’s Affairs (1988).”

She was active in several national and state pharmacy and science-based associations during her career:

Chair of the Section of Teachers of Chemistry of the American Association of Colleges of Pharmacy (AACP) (1979-1980); co-founded a Women’s Faculty Breakfast (1981) with Kathy Knapp, a fellow UOP Pharmacy faculty; that group evolved into the AACP Women Faculty Special Interest Group; was Secretary of the AACP Council of Faculties (1982-1983), a member of the AACP Board of Directors (1993-1995) and was an unsuccessful candidate for President of AACP (1992). She was President of the American Pharmacy Association’s (APhA) Academy of Pharmaceutical Research and Science (APRS) (1993-1994); President of the American Institute of the History of Pharmacy (AIHP) (1997-1999), member of the AIHP Council, member of the AIHP Executive Committee and Chair of the Section of Contributed Papers.

She served 10 years on the United States Adopted Names Council (USAN) which helps create names for new drugs prior to their release.
She was a member of the California Pharmacist Association (CPhA) Task Force on Women in Pharmacy (1992-1993) and served on the Donald F. Salvatori Pharmacy Museum Committee; the museum opened in 2000. She wrote many history articles in connection with the museum including some that were tied in to the bicentennial of the Lewis and Clark expedition.

Among her award and recognitions were:

She enjoyed reading, especially mystery stories, books on the west including those by Zane Grey, history books including pharmacy history, biographies of famous people, genealogy about her Irvine ancestors and stories about cats. She had a life-long love for cats and collected many cat figurines. She also collected Heisey glassware and pharmacy artifacts including bottles.

She was an avid fan of Ohio State Football and basketball and followed the Cleveland Indians baseball team and NASCAR during Jeff Gordon’s career.

She went on many auto trips across the USA and Canada (before and after retirement) between California and Ohio and planned routes that went to national parks, historic sites, Museums/Discovery Centers, NASCAR race tracks, and retraced the Lewis and Clark expedition route. She went on seven tours to Scotland, Northern Ireland and Ireland with the Clan Irwin Association.

She enjoyed life up until almost the end despite her limitations and remained upbeat and optimistic. She remained in her home with its familiar surroundings with the things she loved and the people she loved. She enjoyed listening to country music especially Alan Jackson and Gene Autry, watching the weather and news on TV as well other favorites like Lawrence Welk, As Time Goes By, Ohio State Football, Gold Rush, Gunsmoke, Father Brown and Longmire. She spent a lot of time looking through photo albums, scrapbooks and souvenirs from her many trips.

Instead of flowers, we suggest donations in care of Alzheimer research, to the UOP School of Pharmacy or to the UOP Emeriti Society.

To send flowers to the family of Alice Jean Matuszak, please visit our Heartfelt Sympathies Store.

We encourage you to share any memorable photos or stories about Alice. All tributes placed on and purchased through this memorial website will remain on in perpetuity for future generations.

Provide comfort for the family of Alice Jean Matuszak by sending flowers.
Send Flowers
next page >>
Page 1 of 0
Share
×